BlogContact us
Project estimate
StartAbout us

I want to share my thoughts on the first in-person conference we attended after the pandemic began. App.js conf is a conference focusing only on React Native and native aspects of mobile development. It was held in Cracow (Poland) for three days with many speakers from all around the world. It was a great experience to meet guys behind the libraries, used by millions of people and from companies like Meta, Shopify, Expo, and Microsoft.

The first day was only about workshops. Organizers prepared four independent rooms with best-in-class teachers. We picked a room with the most exciting topic these days (at least for React Native developers 😅): "Everything you need to know about Fabric and JSI." 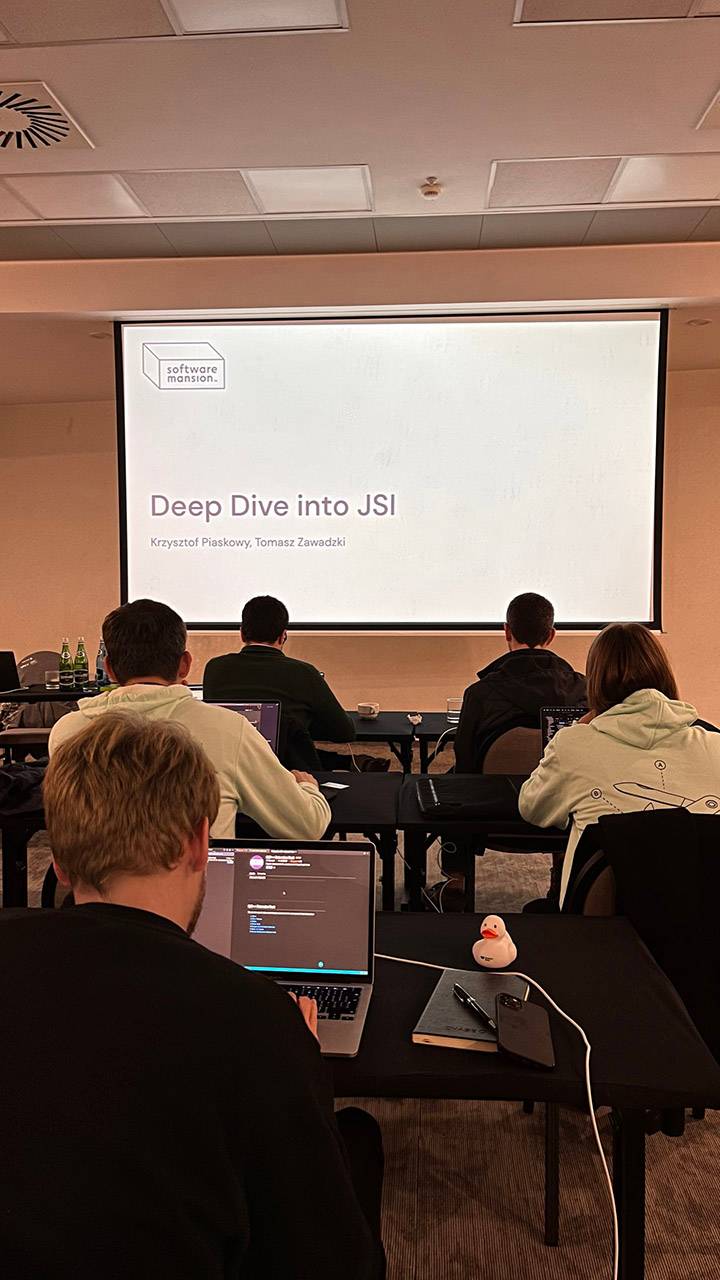 You may ask - "what are Fabric and JSI"? It's a long story, and we can prepare a separate article about it, but in short, we can now call C++ code from JavaScript synchronously and connect to the native part written in Objective-C and Kotlin. If this is still magic for you, imagine you need to write a custom module to connect to your Bluetooth-based device. We can write a shared logic for iOS and Android in C++ and only write platform-specific code in Objective-C and Kotlin. This is a significant advantage as you may spend less time managing both platforms, and you can focus on React Native part. Also, with JSI (which stands for JavaScript interface), you can now call native functions like they were written in JavaScript, without any additional serialization and deserialization, which may reduce hundreds of milliseconds for every call. I think that shortly React Native apps will work as fast as apps written in iOS and Android, and you won't guess which one is which. To know more about React Native and why you should use it, check our previous article. 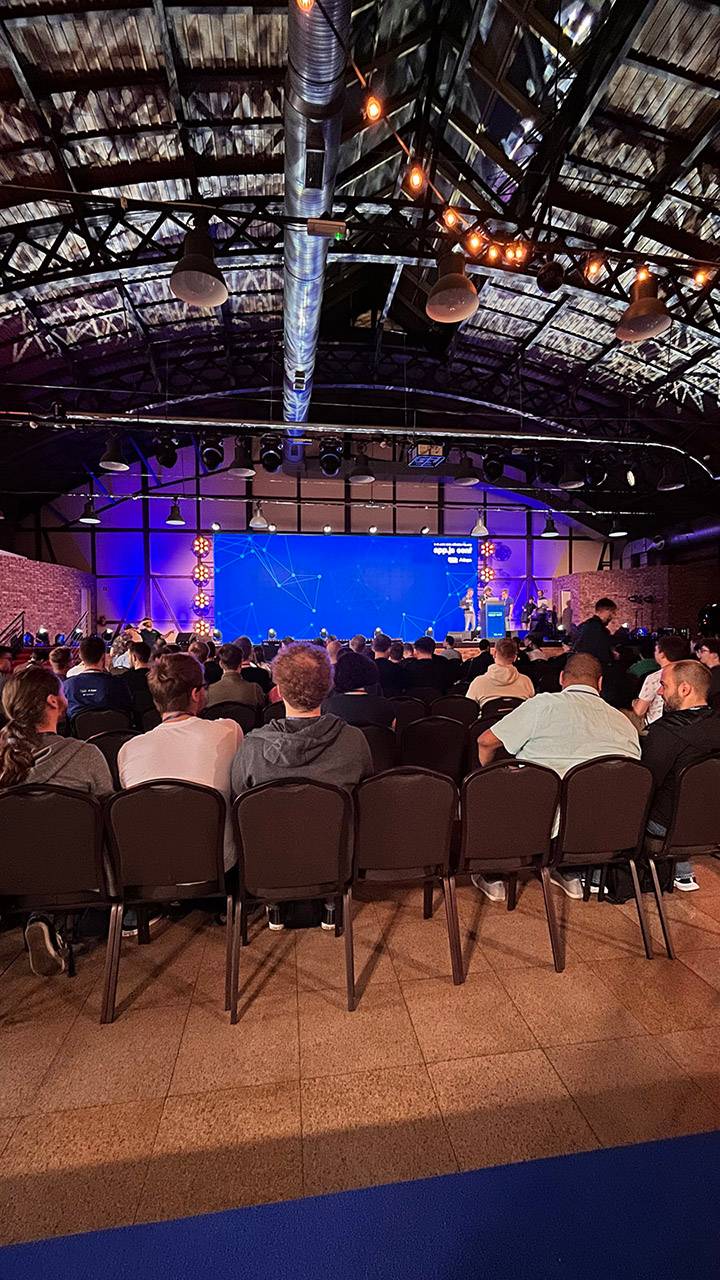 Day two and three were all about the conference and great speakers. I enjoyed all of the talks and was inspired by other developers. I missed talking face to face with the community and was happy to meet famous YouTubers such as William Candillon and Catalin Miron. Nevertheless, let's put aside my personal thoughts and look at the conference from the CTO's point of view. I can see that React Native is becoming a more mature framework, and with the announcement for Sweet API, we may finally drop Objective-C in favor of Swift. 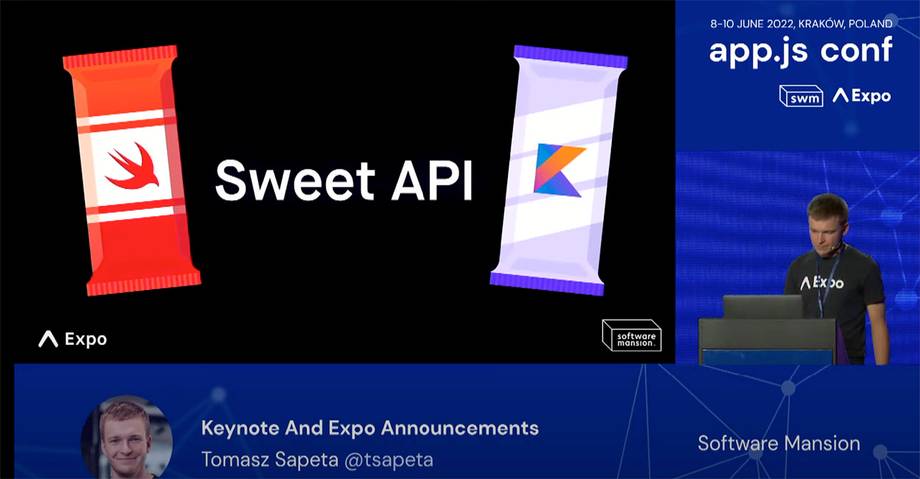 Also, with new plugin from Expo called EAS metadata, it will be even easier to fully automate your app's submission process to App Store and Google Play Store.

Another inspiring talk was about measuring and improving React Native Performance by Alexandre Moureaux. You may probably know the Lighthouse score for web apps where your app is tested under crucial metrics like first paint, time to interaction, etc., and receive a score from 0-100. However, I must admit that we're missing the same test in React Native. Well, not anymore! There is a new performance Flipper plugin that may test your mobile app and show your app bottlenecks. 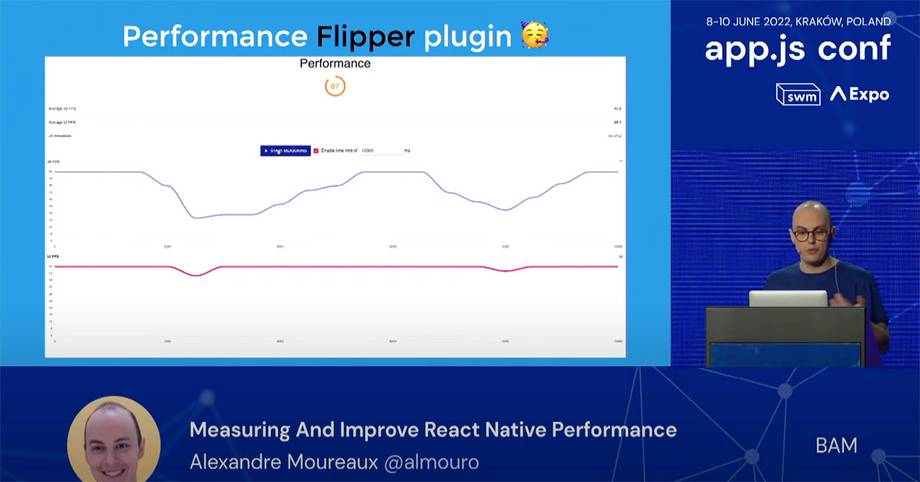 Lastly, Nicola Corti from Meta, a company behind React Native, shared company thoughts for the subsequent releases. In addition, he shared with us a roadmap for the following months. 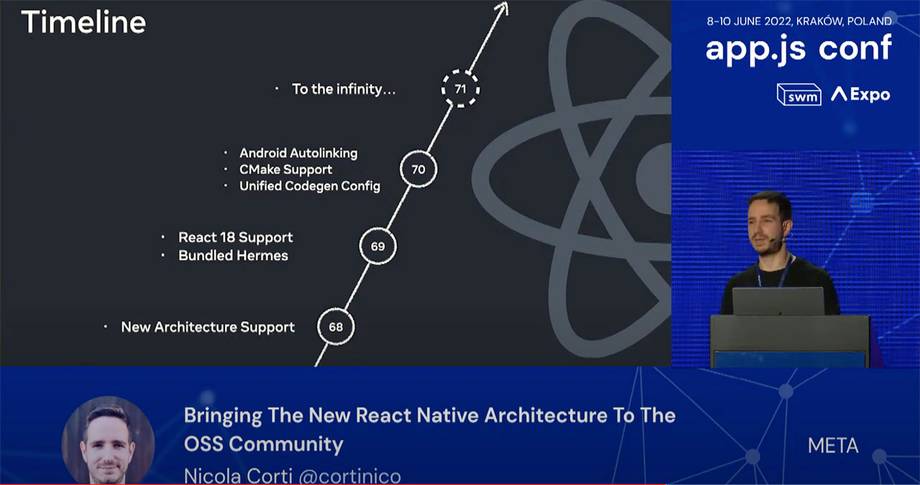 We may need another 1 or 2 years to fully use Fabric and JSI in our React Native apps. However, it doesn't mean we should wait for the community to rewrite libraries to support the new architecture. We want to be a part of it, and hopefully, we will release our first open-sourced library soon. Moreover, we want to invest our time in exploring more aspects of the native side to deliver our clients the best quality apps without any limitations imposed by React Native. I can see a bright future for mobile development as it's not a secret that more and more users use mobile phones over desktops each year. I hope we will meet again next year on App.js 2023 edition!